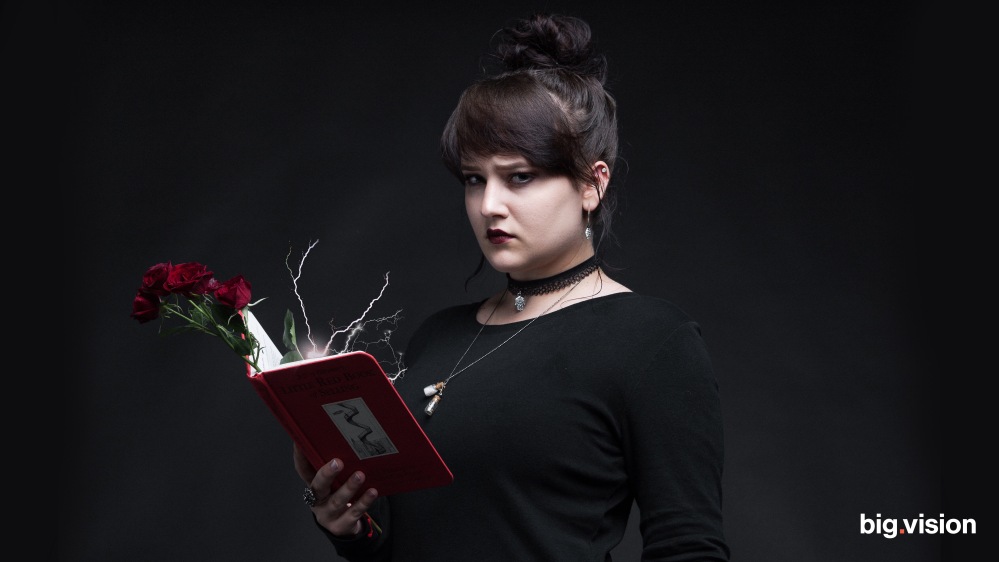 The witch lurked behind a set of tall, thick trees.

Her little red book of spells couldn’t help her if his axe sliced through her aura. It could eat up her energy like a delicious bowl of stew. She could feel his dark brown eyes darting around the densely wooded forest.

She could feel him coming.
“Why me?” She thought, “I’m a harmless country witch. A few spells to cure someone’s cow or a love potion for a lovesick maiden. Surely this isn’t so dangerous.”

The witch pulled her cloak tighter against the cold wind. At least the wind was loud enough to mask her footsteps. When the woodsman turned, the witch darted behind another tree. And then another. She flicked her wand to the woodsman’s right, and he jerked his head at the sense of magic. His gaze lingered in the witch’s direction for one moment longer before turning in the other direction.

The witch sat and waited for a few minutes, the bitter wind knifed through her cloak making her shiver.

“I suppose, now that I think about it,” said the witch, “I probably shouldn’t have eaten those children.”